Is It ADHD or Sleep Apnea?

Sleep apnea is a serious health condition in which breathing repeatedly starts and stops throughout sleep due to a blocked airway. If you live with sleep apnea, you understand how it can affect your daily life – from feeling exhausted to not being able to focus on important tasks.

However, many patients with sleep apnea may be misdiagnosed with ADHD (attention deficit hyperactivity disorder) due to similarities in symptoms. ADHD is a common condition that affects a person’s attention span, ability to focus, and makes it hard for them to sit still. An ADHD misdiagnosis is the most common among children due to their inability to accurately describe their symptoms.

To learn more about the shared similarities between ADHD and sleep apnea, read our helpful guide below.

Due to such similar symptoms, it can be hard to distinguish between a patient having sleep apnea or ADHD. Doctors who are unfamiliar with sleep apnea may misdiagnose your child with ADHD due to them being restless during the day.

The following symptoms are shared between sleep apnea and ADHD:

Living with untreated sleep apnea can lead to further health complications in the future. When patients are misdiagnosed with ADHD, their sleep apnea can worsen and lead to health problems such as high blood pressure, depression, or diabetes.

It’s best to keep track of the warning signs for each condition so you can accurately describe your symptoms and receive a proper diagnosis. If you’re experiencing symptoms that sound similar to those of sleep apnea, it’s best to undergo a sleep study to determine whether you’re suffering from a sleep disorder. 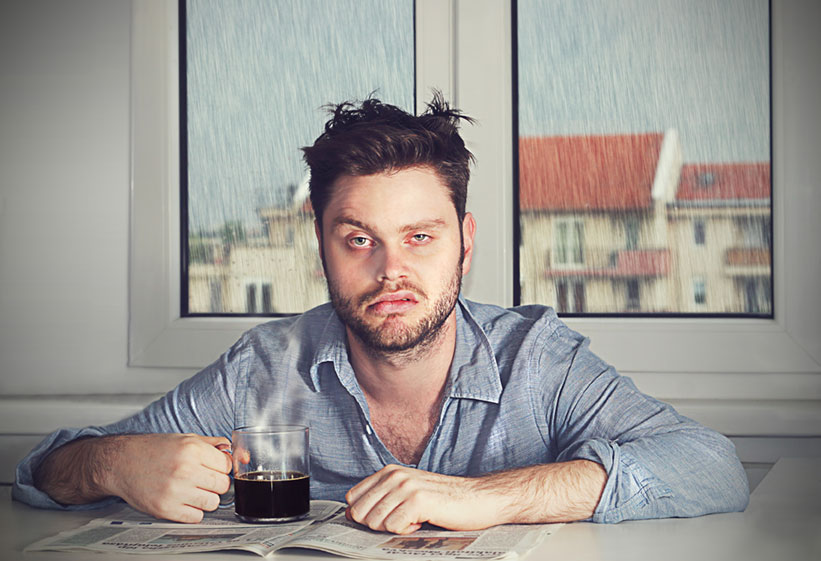 In order to receive an accurate diagnosis, you’ll participate in a sleep study, either in a sleep clinic or at home. During an in-lab test, you’ll stay overnight where you’ll be continuously monitored by a physician. Vitals such as oxygen saturation, heart rate, and leg and eye movement will be recorded throughout the duration of the test.

If you prefer a more private setting, you can take an at-home sleep test. You’ll receive instructions from your physician on how these tests will be taken.

Once you’ve received a sleep apnea diagnosis, schedule your appointment at our Wake Forest office with Dr. Winkelmann. From there, he’ll be able to discuss your sleep disorder with you and the symptoms you’ve been experiencing. Dr. Winkelmann and our professional team offer a variety of sleep apnea treatments to ensure all of our patients find the most effective solution for their situation.

Does ADHD contribute to sleep problems?
Can sleep apnea cause ADHD symptoms?

Does ADHD contribute to sleep problems?

Yes, ADHD can contribute to sleep problems, which is why its symptoms are so similar to the ones of sleep apnea. However, using ADHD treatment for sleep-related issues caused by sleep apnea can worsen the exhaustion. The reason being is that many ADHD medications include prescribed stimulants that wake your body up.

While these stimulants are great for treating ADHD and increasing focus, sleep apnea patients may find that it delays their sleep even more. That’s why it’s crucial to undergo a sleep study to fully and accurately understand what’s causing your symptoms.

Can sleep apnea cause ADHD symptoms?

In past studies, children who experienced sleep apnea were more likely to demonstrate certain behavioral issues. These issues were similar to symptoms found in children with ADHD, such as difficulty paying attention and behavior issues.

Unlike adults, children who suffer from sleep deprivation tend to be prone to hyperactivity. For this reason, sleep apnea is commonly misdiagnosed as ADHD. While sleep apnea may cause similar symptoms, it doesn’t necessarily mean the child suffers from ADHD.

If you feel you’ve been misdiagnosed with ADHD, Dr. Winkelmann can help. We know how important quality sleep is for the overfull function of your body and we don’t want patients to suffer due to lack of sleep. To schedule your consultation with Dr. Winkelmann, call our Wake Forest office at (984) 237-1013. You can also reach out by filling out our online contact form and we’ll get back to you as soon as possible.